Getting designers and constructors to discuss constructability could lead to feasible design changes that reduce the inherent hazard level of a project. 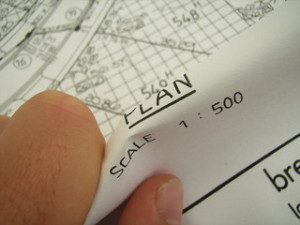 He’s seen the devastation left behind – and that’s what motivates him.

Dr. Mike Toole will be speaking in Vancouver on May 22 about how designers can identify risks and reduce hazards for workers. The associate dean of engineering at Bucknell University is one of the international experts who’ll be at the Safety By Design Symposium at the Vancouver Convention Centre, hosted by the WorkSafeBC human factors team and ACE BC/Yukon.

This symposium gives safety professionals, members of joint health and safety committees, and other experts a chance to network and re-think safer ways to work in construction, utilities, forestry, and health care.

I checked out Mike’s website Prevention Through Design – Design for Construction Safety and emailed him to find out more about his message to industry.

He said he once investigated the death of four workers in a small town. They had been working at a school, building a masonry wall that collapsed on them.

“I sensed the tremendous pain and loss within this community from these deaths,” said Mike, who was working for a forensics firm hired to find answers. “My investigation revealed that the masonry wall met the building code but was unnecessarily dangerous to construct. The structural engineer probably thought he had done a great job designing a cost-effective wall, but if he had understood how unconstructable it was, I believe he would have designed it differently.”

“That story illustrates how getting designers and constructors to sit down and discuss the constructability of a facility could lead to feasible design changes that could reduce the inherent hazard level of a project. I am motivated to research and communicate the PTD [Prevention Through Design] process because it can save lives and reduce injuries,” Mike said.

He says things have changed during the past few decades and the Prevention Through Design approach is “slowly being added to universities around the U.S.”

“Some programs offer entire courses on construction safety while other schools only include the topic in one lecture in one elective course…. But progress in changing universities and professions comes slowly, so I remain confident the change needed to make the world a safer place to work will come.”