Older workers take longer to heal. They’re more prone to sprains and strains, and the same injury can hit an older person much harder than a younger one. 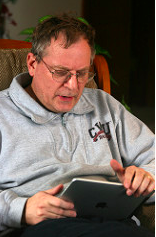 While young workers are known for their higher injury rate, older workers’ injuries tend to be more serious.

They released these findings in a new report based on their analysis of WorkSafeBC data on serious injuries from 2002 to 2008.

Prevention initiatives for older workers are especially important because this group of workers is growing in proportion to other age groups. The UBC report notes that between 2001 and 2006, the segment of the Canadian workforce aged 55 to 64 grew faster than any other age group.

Older workers take longer to heal and recover compared to their younger counterparts. They’re more prone to sprains and strains – and the exact same injury can hit an older person much harder.

“When the 18-year-old working at a fast-food restaurant, for example, slips on a greasy French fry, he’s likely to get right back up; his 60-year-old colleague might well suffer a broken hip,” said WorkSafeBC ergonomist Peter Goyert in this WorkSafe Magazine article from Jan./Feb. 2011.

Solutions for this group of workers include ergonomic tools and set-ups, shift rotation, part-time employment, and pre-shift stretching – many of which are explored in the links below. It will be interesting to see what springs from the new study – and in the meantime, here’s more info.