Carbon monoxide poisoning tends to be more of a risk during cold weather. Carbon monoxide (CO) is produced by the burning of carbon fuels such as propane, natural gas, oil, wood, charcoal, alcohol, kerosene, or gasoline. People using gas-powered heaters — at home and at work — need to protect themselves from CO exposure, which can lead to serious injury or death. 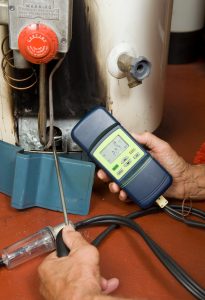 It happened to three workers on a B.C. construction site. They were using a gas-powered heater to warm the inside of a building under construction. Unfortunately, a valve on the heater was not locked in the proper position.

“The manufacturer’s instructions for the heater stated that the valve handle should be locked into position. The instructions also said that if the heater was used indoors, the exhaust gases must be vented to the outdoors.”

Thankfully, these workers survived after being treated for CO exposure. But not everyone does. That’s why the BC Safety Authority is reminding the public to check CO detectors and make sure all gas appliances are working properly.

“As the weather cools, people tend to seal up their homes to avoid drafts and reduce heating expenses,” says Brad Wyatt, BCSA’s gas safety manager. “But an air-tight home could create hazards when adequate combustion air is not available.”

A total of 76 CO-related incidents were reported to the BCSA from 2007 to 2014. They resulted in nine fatalities and 149 injuries.

Know the signs of CO poisoning

CO poisoning can look like a flu, with symptoms including nausea, headache, and fatigue — and even chest pains, vomiting, convulsions, confusion, and dizziness. Call 911 immediately if someone is exposed to CO.

For more about CO, see my post Using heaters safely in the cold, and check out information from: