It’s back-to-school time and the weather is getting cooler. This means flu season will soon be in full swing. How can we arm ourselves against it? 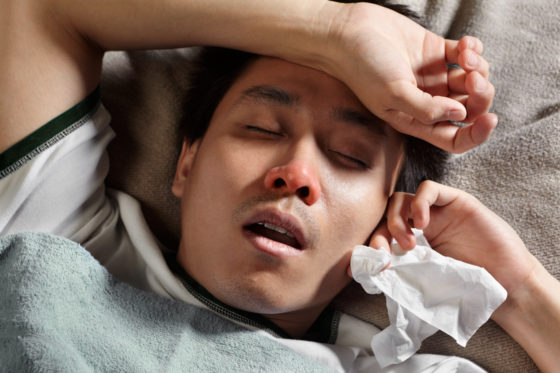 It’s that time of year again. Flu season is on the way, and I’ll be doing everything possible to avoid getting the flu.

Generally, I try to keep my distance from people who are coughing and sneezing – but that’s difficult if you’re a teacher, bus driver, or worker in the health care or service industries. These workers tend to be in close contact with many people, which puts them at an even higher risk than most of us.

Flu is known to spread very easily and is caused by a group of viruses that are constantly changing. “It’s not unusual for new flu viruses to appear each year,” reads Frequently Asked Flu Questions 2018–2019 Influenza Season, published by the U.S. Centers for Disease Control and Prevention.

How to avoid the flu

To keep from getting the flu, Health Canada advises us to:

Also see this information on Influenza (flu) from WorkSafeBC on how employers can reduce the risk of exposure for their workers.

The art of handwashing

See my post Handwashing is the best defence to review and refine your handwashing technique. According to The Benefits of Hand Washing from Health Canada and the Public Health Agency of Canada, the recommended amount of time to wash your hands is at least 20 seconds.

I’ve definitely noticed people rushing through the job of handwashing – and so did a group of U.S. researchers. They observed that the average person spends only six seconds washing their hands in the washroom. Read more in my post People not washing hands enough, study says.