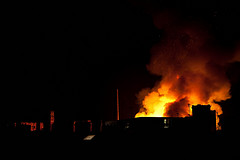 It could be months before investigators know what started an explosion and fire that killed two workers and injured 19 on January 20 at the Babine Mill near Burns Lake, BC. One possible cause is combustible dust explosion, but it’s still way too early to know for sure.

A story in the Burns Lake District News takes an in-depth look at combustible dust, quoting Al Johnson, WorkSafeBC’s regional director, who says it’s too soon to conclude dust is the cause because there would need to be an ignition source for the explosion.

The story references a WorkSafeBC report from December 28, 2011, that says an unacceptably high concentration of pine wood dust was found in the mill basement. But it may be a long time before we know more. Right now, the community is mourning the death of two dads, along with all the other injuries to people and the uncertainty of their jobs.

Crofton Pulp and Paper Mill is reported to be “watching to see what kind of safety lessons can be learned from the Burns Lake fire,” according to the story “Safety a priority at Crofton mill” in the Cowichan Valley News Online HQ.

The story quotes mill manager Rob Belanger, manager of this mill which I once visited when I was a reporter on Vancouver Island in the 1990s. Belanger said their safety practices include a joint health and safety committee, a “multi-level safety program,” and a regular cleaning and maintenance schedule for all machines. 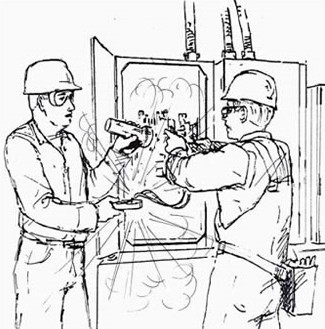 The Canadian Centre for Occupational Health and Safety says hundreds of workers have been killed or injured by dust explosions in past decades.

“They can seem like harmless substances – sugar, coal, wood dust, flour – however in certain conditions and across many industrial processes, dust from these – and other substances can become the fuel for an explosion,” reads the CCOHS website.

Health Canada uses the term “explosible” in its publication Hazard-Specific Issues – Dust Explosibility in reference to dust that can cause an explosion – to avoid confusion with the term “explosive” which refers to “dusts dispersed as a cloud and ignited.”

This video – from the US Chemical Safety Board – tells the story of 14 workers fatally burned in a series of sugar dust explosions in the US in February 2008.