Even though they’re exposed to some very loud machines, most B.C. forestry workers aren’t getting annual hearing tests as required under the province’s Occupational Health and Safety Regulation. 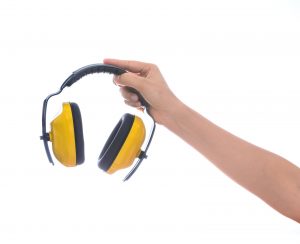 Hearing damage can occur when people are regularly exposed to sounds louder than 85 decibels – the equivalent of sustained traffic noise. But noise levels on forestry operations go much higher than that, as you can see in How loud is it?, a new publication from WorkSafeBC.

Yet most workers are not getting the annual tests. WorkSafeBC audiologist Sasha Brown says only 24 percent of workers in the forestry subsector had a hearing test in 2015. This is troubling news, because without the hearing tests, employers will not know if their hearing protection measures are working.

Employers will know their program isn’t effective if workers show signs of hearing loss, Sasha says. She and her team want to know more about what’s stopping them from getting their workers’ hearing tested. Some blame it on their remote locations, but Sasha says a way around this challenge is for workers to be tested in nearby towns when they return from their camps.

For the workers, it’s important to detect noise-induced hearing damage early, so they can take action before it gets worse. They can work with their employers and audiology technicians to choose the right hearing protection and take other measures as needed.

“In general – not just in forestry – the more hearing tests somebody has, the less likely they are to end up with noise-induced hearing loss,” Sasha says. “We’ve seen that if people get their hearing tests annually, they become invested in their hearing and will wear hearing protection.”

Of the 24 percent of workers who had their hearing tested in 2015, 13 percent reported they were not using any hearing protection. Sasha says that’s a fairly typical number for other industries too. Let’s hope this changes, because hearing is a precious gift that can be stolen so gradually you don’t even notice it.

“When you’re exposed to excessive noise, damage occurs to tiny sensory cells deep inside your ear, so there is no way for you to see the damage,” reads Hear for Good: Preventing Noise Exposure at Work. “Such irreversible damage can be prevented.”