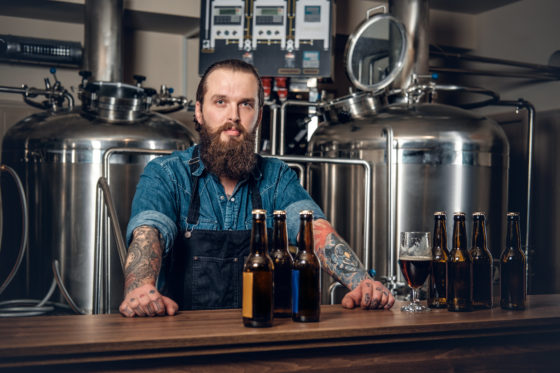 Ten years ago, there were 54 craft breweries in B.C. Now there are 145. Personally, I’m a big fan of craft beer and it’s always a pleasure to talk with brewers who are so excited about their latest creations. Opening a brewery is a dream for many — and it’s inspiring to see people turning those dreams into reality.

But in addition to all their creativity and award-winning recipes, it’s essential that craft brewers understand the importance of workplace health and safety. To find out more, I contacted WorkSafeBC’s Jose Barranco, an industry specialist who’s been speaking of safety with these microbreweries.

“In order to open a brewery, apart from knowing how to brew, you need to need to know there are certain safety requirements,” Jose says. “We need to be sure that people are aware of that when they are following their life’s passion and opening a brewery, even if it’s just a small operation.”

When it comes to workplace injuries in breweries, back strains and other musculoskeletal injuries (MSIs) from overexertion are the most common. A full 50-litre keg of beer typically weighs about 140 pounds. Thankfully, there are tools available, such as dollies and keg lifts, to help brewhouse workers avoid MSIs.

Says Jose: “It’s not a matter of how much can you lift — it’s just a matter of finding the right tool. Even for small breweries, there are many tools they can use to reduce manual handling of kegs as much as possible.”

Another safety concern is working with carbon dioxide. This gas is released by the beer’s fermentation process and must be handled properly. WorkSafeBC’s poster Carbon dioxide in alcoholic beverage manufacturing shows the symptoms of exposure and provides tips on staying safe.

Supporting each other in safety

Jose says there’s a real sense of community in the industry, which helps when it comes to promoting safety in the workplace.

“Brewers from different companies sometimes have group readings of workplace safety manuals. And if anybody wants more information, they will ask their fellow brewers or get information from us at WorkSafeBC. Sometimes they combine resources and hire a safety professional.”

For more information about safety in the craft brewery industry, see Health and Safety for Craft Breweries and Distilleries from WorkSafeBC. The September/October 2018 issue of WorkSafeBC Magazine also profiles a local brewery’s efforts to keep its workers safe in the article Young workers have a voice at Vancouver brewing company.

Thanks to Jose for telling me about his work.