Thank you to B.C.’s roadbuilding crews for working day and night in adverse conditions to repair flood and landslide damage. 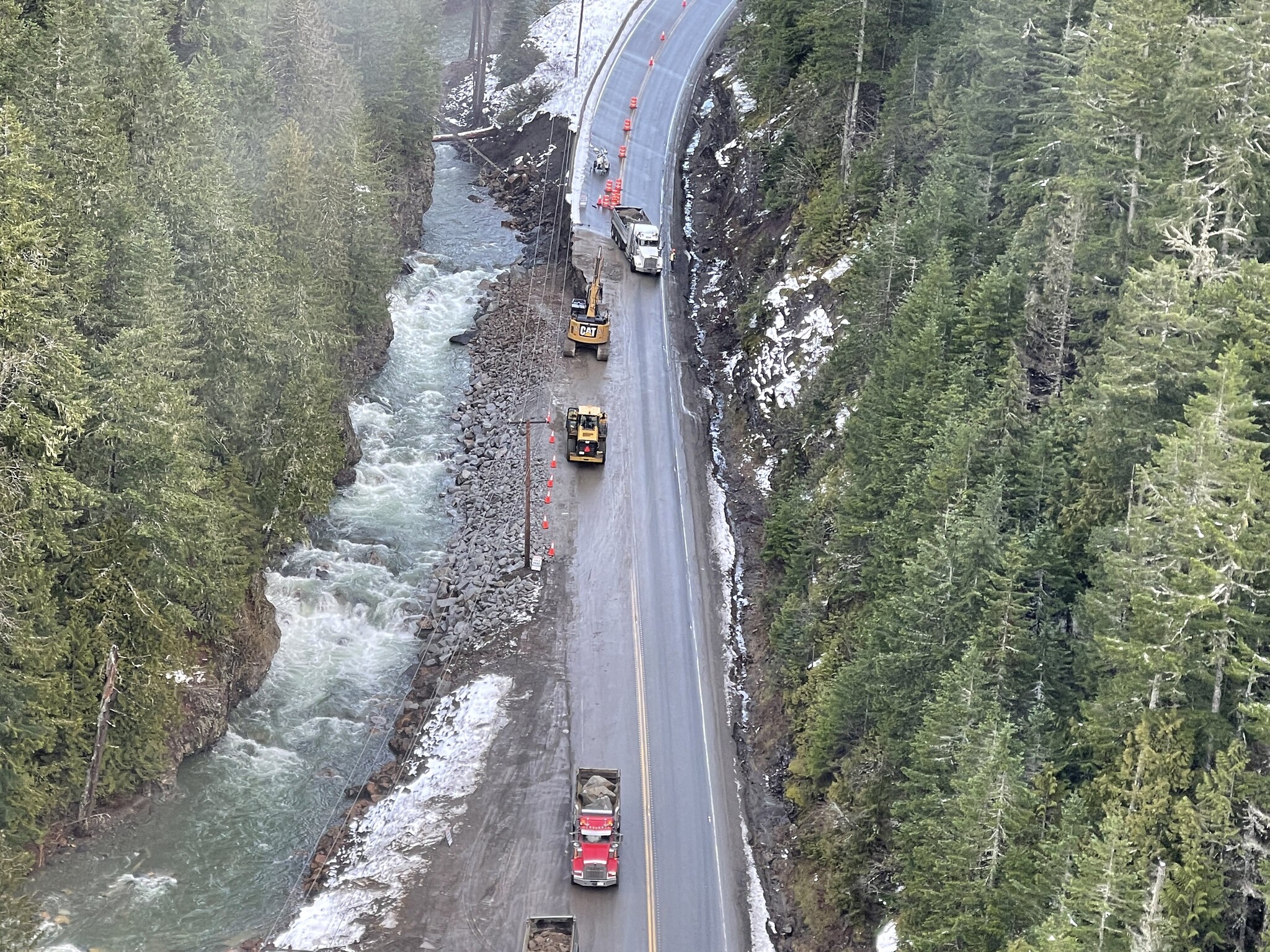 Praise for B.C.’s roadbuilders echoed through the mountains of our province when the Coquihalla Highway reopened ahead of schedule. It was closed after major damage occurred during the “atmospheric river” storm in mid-November. Initially, the estimate for when the highway would reopen was late January 2022, but commercial vehicles and inter-city buses were allowed through much earlier, on December 20, 2021. As of January 19, this year, it is now open to non-essential traffic.

Workers repaired more than 20 sites along 130 kilometres of the highway, between Hope and Merritt. The sites included seven bridges. According to an article in the Journal of Commerce, the repair effort involved more than 300 workers. They used 200 pieces of equipment and moved more than 400,000 cubic metres of gravel, rock, and other material.

Kelly Scott, president of the BC Road Builders and Heavy Construction Association, spoke with me over email. Kelly told me, “Crews worked through winter weather conditions, day and night, due to the immense scope of the damage and the time-sensitive nature of the project.” He said it was imperative that safety precautions were followed throughout the project, for the safety of all the people working in the harsh conditions. “Safety is non-negotiable. It was our top priority while assessing and repairing the damage to the Coquihalla.”

The Coquihalla is only one of the transportation corridors damaged by the storms and flooding. Highway 8 connecting Merritt and Spences Bridge was largely destroyed by a surging Nicola River. Parts of Highway 1 were also shut down due to flood and landslide damage.

The Association’s member companies in highway maintenance and heavy construction have been working with the province and local governments, as well as emergency services, wherever needed. (Read more about their 2021 Flood and Extreme Weather Response and the kinds of contractors represented among the Association’s 250 members.)

The B.C. Ministry of Transportation and Infrastructure (TranBC) is advising everyone that any highway currently open could be closed again without notice.

If you need to travel, check out TranBC’s current road advisories and information.

Shift into Winter has tips on driving in Winter conditions that may be useful to drivers as well.

This is my second post acknowledging the contributions of workers repairing flood and landslide damage. The first was Safety for restoration workers during B.C. flood clean-up.

Which other industries should we recognize for their work in flood recovery? Please share in the comments below.