A New Brunswick student’s two-minute video shows how one young worker’s decision had consequences that lasted a lifetime. 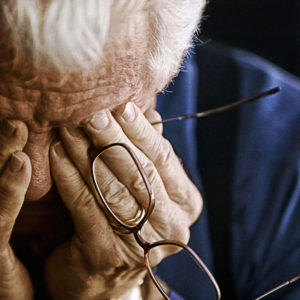 It’s “so dramatic and suspenseful.” That’s how a teen worker describes the video that won the 2017 Canadian Centre for Occupational Health and Safety (CCOHS) national student video competition. (You can also watch the video below.)

The two-minute video by New Brunswick student Zach MacMillan-Kenny is called The Eye and it shows how one moment’s decision can affect the rest of your life. Moved by his grandpa’s workplace injury as a young worker, Zach created a powerful video that cuts back and forth from past to present.

I asked a young neighbour to watch it with me and tell me what he thought. I added that his opinion is important, since the video is made by and for someone in his age group.

He said the video was “really good” because “It really shows how what I do now will have more of an effect in the future.” We both thought it was pretty cool that the video featured Zach’s actual grandpa in his own home.

Congratulations to Zach – and thanks to all young people who took the time to make videos for the competition.

You can read more about Zach and his video in this Global News story.

Listen to Your Gut is a new awareness campaign from WorkSafeBC that encourages young workers to speak up if something doesn’t feel safe in their workplaces.

“If you get a gut feeling that something isn’t safe, or you don’t know how to do your job safely, listen to your instincts and talk to your manager about it. It could save your life or the life of your co-worker,” reads the campaign description.

I wrote about a similar message in my post Injured young worker wishes he’d trusted his gut.