A local manufacturing company shares its approach to well-organized workspaces that reduce the risk of slips, trips, and falls in the workplace. 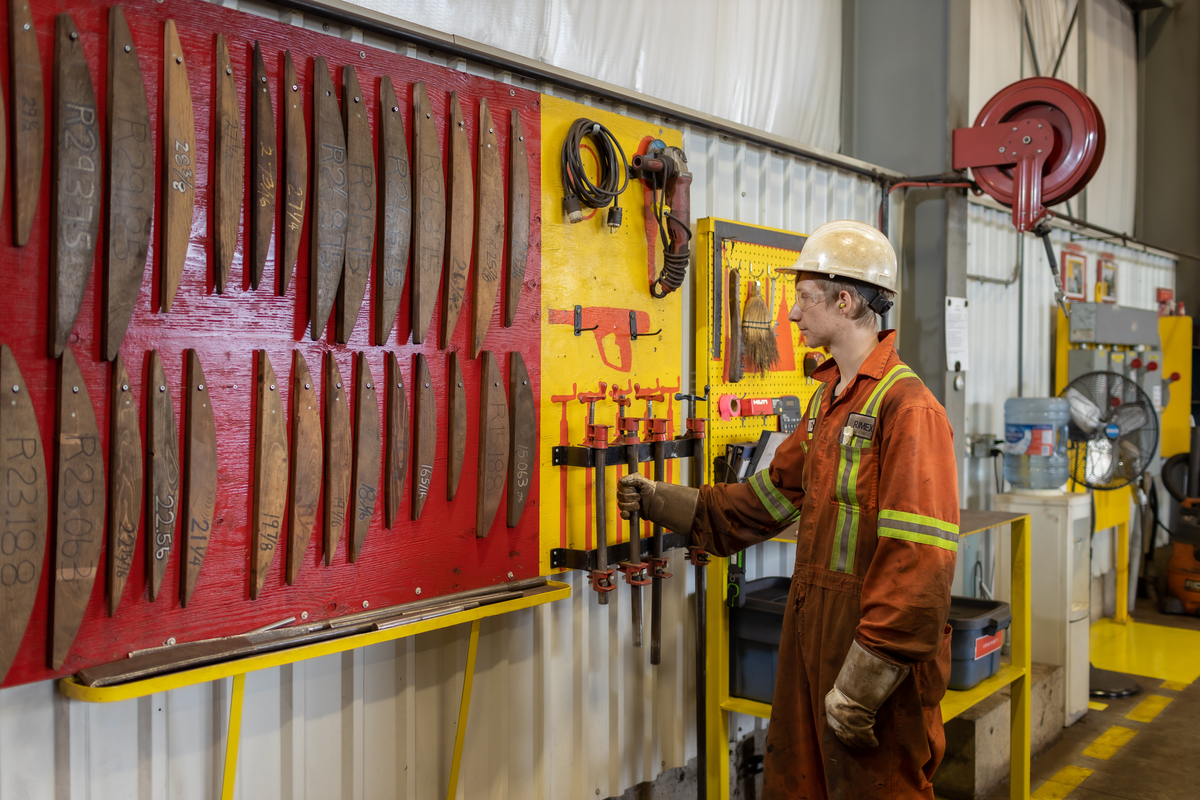 Recently I spoke about maintaining safe workspaces with Roger Hall, health and safety manager at RIMEX’s 200,000-square-foot production plant in Agassiz, B.C. The company manufactures wheels and rims for large industrial vehicles, and its operations include fabrication, welding, painting, and machine shop tasks.

“Everything is taken off the floor as much as possible,” Roger says, explaining that workers have easy access to electrical cords and air hoses stored on retractable reels on the walls. “We’ve eliminated the hazard of all the things staff might stumble over in the course of a workday.”

The team at RIMEX has implemented a process they call a “6S” approach. It’s based on the “5S” system that is part of Toyota’s lean manufacturing process — five principles starting with the letter “S”: sort, systematize, shine, standardize, and sustain. Add a sixth “S” for safety, and there you have it. (Read more about the 5S process on the Toyota Forklift website.)

Here’s what RIMEX does, says Roger: “You take everything out, then clean it all. Then you put back the tools you use every day and nothing else. Paint all the equipment and have shadow boards that show where to put everything back when you are done. Then you maintain that area.”

Roger finds that using a points system really helps to maintain a clean workplace. Workers take photos of their tidy work areas and post them on the wall. Then Roger and his team do monthly audits.

“If their work area doesn’t look like the picture, they get docked points,” Roger says, adding that everyone starts with 100 points. “Employees get copies of the audits outlining what they need to fix. If the items are corrected when the audit comes around the next month, they get points back; if it’s not fixed, they get double the points off.”

RIMEX shared their best practices with WorkSafeBC for Preventing Slips, Trips, and Falls in the Workplace, published in January 2021.

Jose Barranco is a manufacturing consultation and education services manager with WorkSafeBC who worked on the publication. He says: “A common perception of slips and trips is that the resulting injuries will be minor. But when we look at data, we see that 20 percent of these incidents result in a serious injury. It’s something you need to be looking at as an employer. That, and the fact that slips, trips, and falls are the third most common cause of injuries in manufacturing.”

It was good to follow up on news from RIMEX after writing about them in my post Refreshed safety course meets the needs of employers going mobile. They continue to show a dedication to safety and are now rolling out their 6S process at RIMEX locations in the rest of Canada, the U.S., China, and Australia.