Why do we need more clout against bullies? Just ask this friend of mine who works in the office of a parts department in BC. 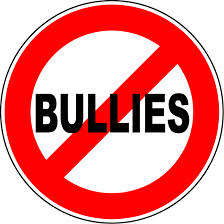 “Our boss here treats the guys that work outside like his own personal slaves. He yells at them – SCREAMS at them – degrades them, calls them ‘stupid’ and ‘idiots,'” she said.

“Once I was talking quietly with a coworker – and next thing i know, I feel a book whiz over the top of my head. Later, he comes up, puts his arm around me, and starts talking all nicey-nice, so I pull away and ask him if he is going to apologize for throwing a book at my head. He says no he will not apologize because he was on the phone… I said ‘It’s still no reason to throw things at people. You can’t treat your employees like that.'”

But clearly this guy does treat his employees like that, which is why I’m happy to see some new legislation in place as of November 2013. That’s when three new sections will be added to the Workers Compensation Act – and they cover responsibilities of workers, employers, and supervisors with respect to bullying and harassment.

“Bullying and harassment includes any inappropriate conduct or comment by a person towards a worker that the person knew or reasonably ought to have known would cause that worker to be humiliated or intimidated but, excludes any reasonable action taken by an employer or supervisor relating to the management and direction of workers or the place of employment,” reads WorkSafeBC’s Fact Sheet – Workplace bullying and harassment.

Name-calling and throwing things at people are definitely in this category and it really sickens me to think of anyone behaving that way. The effects of this treatment can be far-reaching and I hope people are called on it!

“Not only can bullying and harassment impair work performance and lead to increased absenteeism, it can lead to depression, anxiety, and post‑traumatic stress disorder,” reads the WSBC backgrounder.

Since May 2012, with the passing of Bill 14, workers can be compensated for such mental health disorders when they are caused by “…a significant work-related stressor, including bullying or harassment,” reads this information from WorkSafeBC on Mental health disorders. A new Bullying and Harassment resource tool kit is available online to help address this serious workplace issue.

I’ve been bullied at work – which I wrote about in my post Confronting my workplace bully – and I’m glad to see there is more recourse for people who experience it.

3 thoughts on “Workplace bullying addressed in BC law”