A young worker advocates for open communication at work, and gives his take on the B.C. government survey about hazardous work and youth. 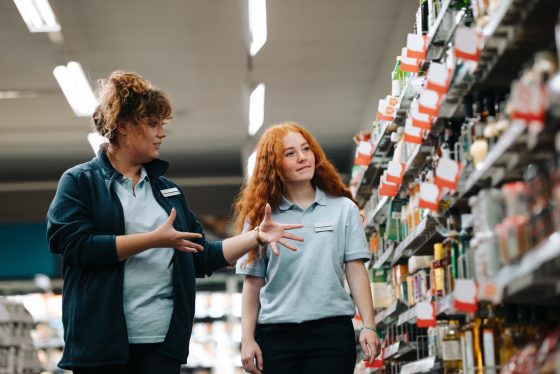 Are certain types of work too hazardous for workers under the age of 19?

The B.C. government is asking the public this question in an online survey. The Hazardous work protections for youth survey takes about 15 minutes to complete and is open until June 10, 2022. Feedback will help the government develop a new regulation that would outline the types of jobs that may be hazardous and unsuitable for young workers.

A new regulation could prevent employers from hiring workers under a minimum age for types of work specified as too hazardous. Injury rate is one of the factors looked at. Jobs in construction, forestry, food processing, and asbestos abatement have a much higher injury rate than other industries, according to statistics from WorkSafeBC. (Read more in this article from Canadian Occupational Safety Magazine.)

I spoke with a young worker about this survey and its goals. Omer Faraz is a seventeen-year-old, grade 12 student from White Rock, B.C., who was recognized as a community role model at Surrey’s Top 25 Under 25 Awards earlier this year. WorkSafeBC also presented him with an Honorary Health & Safety in the Workplace Award.

“I think it’s necessary for the provincial government to come up with a recommendation that helps to encourage an environment of safety,” Omer says. “We also need to encourage an environment of openness and honesty between employee and employer.” Omer told me that young workers need to be assured that they can speak to their supervisors if they have any concerns about workplace safety.

According to a recent Canada-wide study, nearly 20 percent of Canadian employers are not offering safety and orientation programs for new employees. (Read more in this article from Canadian Occupational Safety.)

Omer says that in his case, he did receive thorough training before starting his job at a pharmacy. Some of his training included proper lifting procedures, maintaining good posture, and encouragement to move around if he’s doing a repetitive task in one spot.

Open communication with his supervisor is another thing that Omer values and puts a lot of importance on. “My supervisor is a very kind and welcoming person. She has made it clear several times, that if we (staff) have any issues or problems, to never be afraid to go and talk with her.” Omer says that supervisors should take the initiative and reach out to their workers, to make sure they feel valued in their roles and comfortable speaking up.

I asked Omer why he thinks it’s important for young workers to take an active role in health and safety in their workplace. He said: “As young people, we need to do everything we can to ensure safety at our places of work because we should feel safe.”

He encourages youth to step up and take action toward ensuring they feel safe at work. “If we don’t implement change in our communities and in our workplaces, then who will?”

For information and resources, see the Young & new workers and Refusing unsafe work pages on worksafebc.com.

Thank you so much to Omer for speaking with me.