Read one manager’s tips for getting buy-in during safety talks. He honed his skills at BC Construction Safety Alliance’s Train the Safety Trainer course. 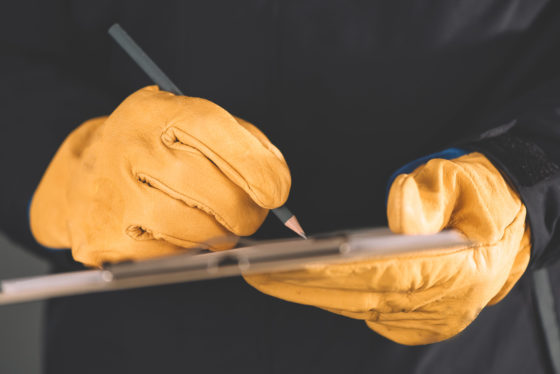 Sometimes he gives safety talks to a small crew of only one or two. Or, if there’s a large crew on site, with subcontractors, it could be up to 10 or 12 people. Russell said his ultimate goal is to get them talking.

I asked Russell what his last safety talk was about. He said it was on scaffolding. Recently he also talked about working at heights, confined space entry, cold stress, and heat stress. He said: “With water treatment, there’s lots of tanks and vessels and all sorts of equipment that is in confined spaces. We could be doing anything.”

He usually uses WorkSafeBC’s templates for toolbox talks, which I wrote about in my post Toolbox talks made easier and available online. He also uses these toolbox talks from the BC Construction Safety Alliance (BCCSA).

In the first part of the class, participants learn about instructing adults and planning for talks. Then everyone plans a presentation and delivers it to the group. Each person gets feedback on their talk, which Russell really appreciated.

“The class was a great forum that allowed me to practice my public speaking and effective communication skills not only in general but specifically to adult learners. It also provided great feedback that you don’t usually get in a field setting,” Russell said.

Urvi Ramsoondar, BCCSA’s director of Health & Safety Services, said more than 100 people took the one-day class in 2017 (up from 71 in 2016). Urvi said participants benefit from working with their peers in the same line of work.“They’re all learning together and they can share ideas based on their own experiences,” she said. “In the class, they learn how to put everything together and deliver a talk that is clear, concise, and organized.”

Thanks to Russell and Urvi for speaking of safety with me!