In the past five years, more than 60 workers in B.C. were injured by drill presses. One safety officer says education is key to preventing such incidents. 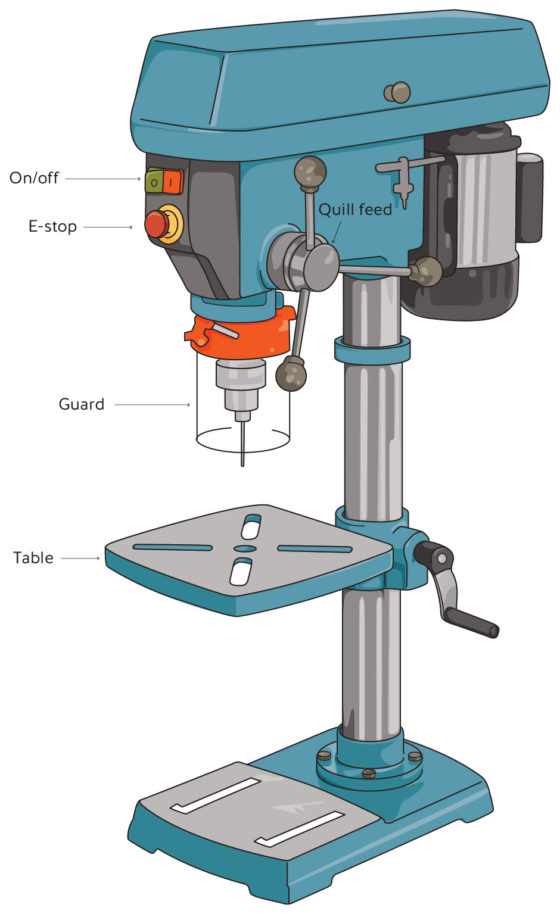 Mark Phifer, an occupational safety officer (OSO) with WorkSafeBC, has been doing inspections and attending incidents at B.C. workplaces for almost 20 years. Many of those incidents involved drill presses.

He told me that enforcement is only part the job for an OSO. Equally important is educating and consulting with employers.

“I take my time to explain incidents that I’ve seen and been made aware of,” he says. “I talk about the hazards and then go through the steps of what employers can do to protect their workers.”

“When you deal with certain types of incidents on a regular basis, you see that simple things, prior to an incident, could have prevented it.”

For example, in 2017 a worker was seriously injured while using a drill press. The worker’s sleeve was caught in the drill bit, which then pulled in his arm. He had only been working at the manufacturing company for a few months — with less than a week of experience using the drill press.

“Once a drill bit catches onto something, you just get wrapped up instantly,” says Mark, describing how quickly the worker’s life changed. “There’s no time to react — no time to pull away.”

One of the biggest hazards to drill press operators is the lack of safeguarding. Mark says drill presses don’t always come with safeguards so those may need to be purchased separately. And the most common cause of injury is wearing loose clothing. Put together a lack of safeguarding and wearing loose clothing, and you can see how both employers and workers have roles to play in preventing incidents like the one Mark told me about.

Many workplaces and shop classes have drill presses. And even though they generally aren’t used often, it’s essential that people have proper training and personal protective equipment before operating them. That’s why Mark teamed up with other subject matter experts to create a new safety bulletin on Using drill presses safely (WorkSafeBC).

Says Mark: “I felt it was really important that people had information about the hazards associated with using drill presses and what steps they could take to protect themselves.”

Thanks to Mark for answering all my questions about his work.

5 thoughts on “Spreading the word about drill press safety”