My friend developed a bad case of Lyme disease after getting a tick bite. The risk is low in B.C. but we still need to know how to prevent and handle bites. 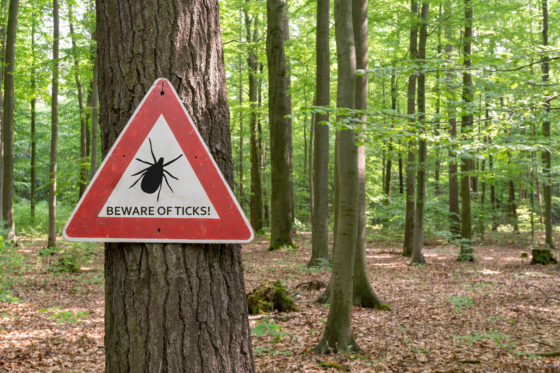 In 2004, my friend Alessandro was bitten by a tick while picking grapes in his East Vancouver yard. At one point, he noticed a small bug falling past him, but he didn’t see where it went and didn’t realize it was a tick that had bitten him. Later that night, he and his wife, Denise, found a tick in the bowl of grapes he’d picked. They figured it came from a box of Okanagan fruit they’d just received.

About three weeks later, Alessandro developed a round, red rash on his shoulder. It looked like a bull’s eye (see photo below) – a telltale sign of Lyme disease.

He went to the hospital, where doctors and nurses suspected Lyme disease but weren’t sure because they hadn’t seen it before. (Back then, Lyme disease was not readily diagnosed, but that changed in 2016 when a more accurate test for it became available in B.C.) Luckily, an off-duty doctor, who happened to be an infectious disease specialist, was cutting through the ER on his way home and noticed the gaggle of medical staff gasping and taking photos of Alessandro’s rash.

“He confirmed it was Lyme disease and got the antibiotics going,” Denise said, adding this was one of the first-ever Lyme disease cases diagnosed in B.C. Thankfully, the rash started to disappear within a day and Alessandro recovered without lasting effects. If left untreated, Lyme disease can affect the joints, heart, and nervous system.

Know how to protect yourself from ticks

Not all tick bites are noticeable right away. I heard Dr. Brian Goldman talking about this recently on CBC radio. He said most humans are infected through the bites of nymphs (young ticks), which are less than two millimetres in size and difficult to see. (Read Dr. Goldman’s blog post for more information.) 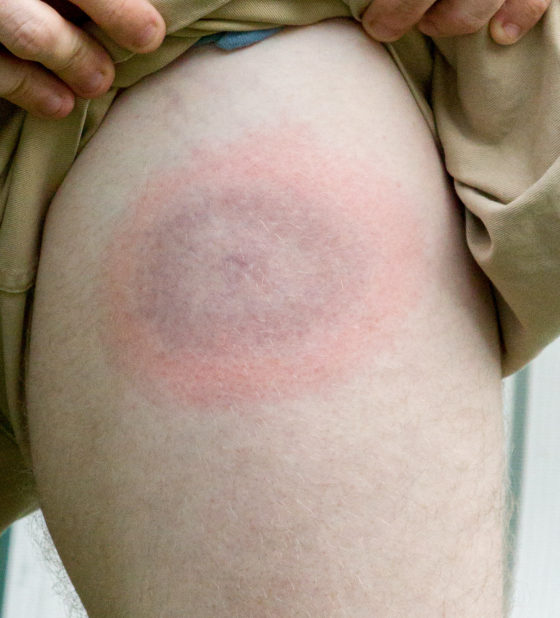 In B.C., the risk of getting Lyme disease from a tick bite is less than 1 percent, according to the B.C. Centre for Disease Control (BCCDC). Compare that to places like the northeastern United States, where there’s a 40 percent chance.

“We know that the risk is low in B.C., so don’t panic,” says Geoff Clark, senior occupational hygienist at WorkSafeBC. “But needless to say, there are some things you should do if you’re in an area that has a lot of ticks around.”

Geoff wrote a WorkSafe Bulletin on protecting yourself from ticks. It includes the following advice for people in industries like construction, forestry, and agriculture, where outdoor work is common:

For more information, see Tick Tock, a video from the BCCDC. It includes a link to a map of Lyme Disease Risk Areas in British Columbia.

Remember that employers in B.C. may need an exposure control plan for biological agents like ticks and other insects that can carry disease, if their workers are at risk of exposure.

And let’s not forget our pets! The B.C. SPCA reminds us to check them for ticks too.