Workers have been injured in fires after unsecured propane cylinders tipped over and ignited. Securing cylinders and other safe practices are essential. 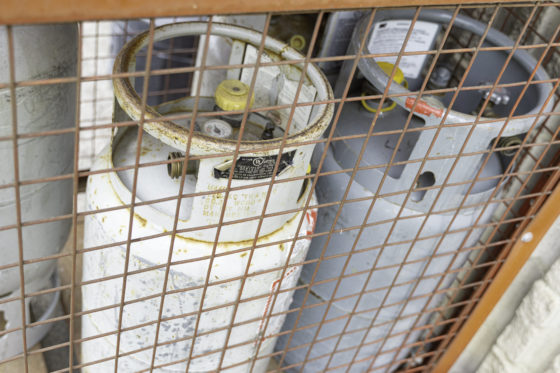 In June 2019, two people were injured while pressure washing a poultry processing unit. The pressure washer was powered by an unsecured propane tank that fell over and released gas, which then ignited.

“Compressed propane is a hazardous product and any type of leakage or breakage, or unwanted escape of the gases, can result in a fire,” says Jack Marra, an occupational safety officer with WorkSafeBC. “But because we use it so often — at home and at work — people might not realize how dangerous it can be.”

It’s essential that employers ensure propane tanks are secured by placing them in a stand, for example. Propane cylinders generally have a protective cage attached to the top of them to ensure regulators and valves are not impacted or damaged if the cylinder tips over, says Jack. If the regulators and valves are exposed outside this protective cage, it could lead to a rupture and propane leak.

In another incident, workers installing roofing material were injured when the propane torch system they were using tipped over and caught on fire. In this “torch-on roofing” process, workers use open-flame propane torches to weld pieces of roofing material together to create waterproof membrane on flat roofs. During workplace inspections, Jack occasionally sees people working on roofs with unsecured propane cylinders.

He says: “There’s only a certain amount of the roof you can cover with a 50-foot hose. You’ve got to be continually lifting and moving the cylinders and people can get complacent about the risk of a tank tipping over.”

In addition to securing propane cylinders, here are some other safe work practices Jack discusses with roofing employers: